LOSE THE WEIGHT FOR THE LAST TIME.

HOW TO LOSE WEIGHT FOR THE LAST TIME

SOLVE FOR THE REASONS WHY YOU OVER EAT

If you're ready to address the underlying cause of why you're over eating in the first place - it will free you from the patterns that are keeping you stuck, so you can keep it off for good.

In the Weight Loss without Willpower program you'll learn the BEST weight loss tools EVER invented.

It works not matter why you over eat.

It works no matter how much you want to lose.

It works no matter how many other times you've tried to lose weight before.

We take you through the mental, emotional and physical aspects that are driving your over desire for food and the tools to create a new relationship with it.

WHAT YOU WILL DISCOVER IN THIS FREE COURSE -

You have nothing to lose except the weight.

SET YOURSELF FREE FROM WHAT'S REALLY

YOU ALREADY KNOW THEY DON'T WORK!

Most diets are just treating the symptom. When you lose the mental and emotional weight, the physical weight will naturally follow.

Learn how to rebalance your hormones, so you won't feel so hungry all the time.

Learn how to identify thought errors that cause resistance to losing weight.

When you know how to process your emotions, you won't need to keep eating to suppress them.

Develop a strong and solid relationship with yourself so you know how to honour your truest desires over the instant pleasure hits from food in the moment. 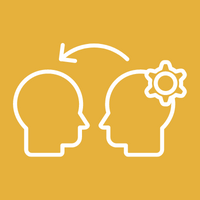 Discreet coaching session to deconstruct & then reconstruct your thought & emotional patterns that keep you locked into this cycle of over eating. 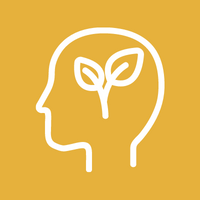 Lose the diet mentality and develop a whole new relationship with food and yourself. Get in tune with your body & learn how to respond to it instead of reacting in the moment. 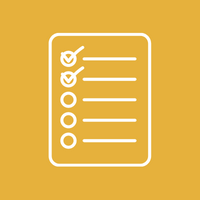 Develop a customized eating protocol that fits into your schedule including the exceptions you love & the special occasions we live for. No deprivation required.

Sign up for a free introductory week and experience it for yourself. Learn about some of the concepts we will be teaching and try the coaching...it's fun :)

Melinda is a certified life coach who became passionate about health and wellness after experiencing a long and difficult journey of cancer with her husband over a 10 year period. After he lost his battle there was a process of having to reset most things in her life. Her relationships, career and whole perspective on life. This journey inspired her to develop an integrated medical facility that's been in operation now for over 14 years.

With a lot of big changes came a lot of growth, which grew into another big passion - a personal development journey in becoming your next best version. This was something she felt she owed to her children. Staying down was not an option, it was off the table. Having graduated with a Business degree, Melinda also brings the lessons of a life as an entrepreneur as she continues to create and expand what's possible, while being a mother of 4.

From her time spent in the medical model over the last 14 years, Melinda came to realize the magnitude of the health crisis, with most patients suffering from at least one chronic condition and being overweight is a major contributing factor. She could see where the gaps were in the general practice setting in failing to address this issue which inspired her to take action in the area of weight loss. When you take a look at the figures, you can see the potential impact this work could have in the lives of so many.

In the U.S, statistics from 2020 show that 50% of the adult population now have diabetes or pre-diabetes and in 2018 it showed 67% of the adult population in Australia was overweight or obese. Being overweight is the number 1 cause for diabetes. The estimated costs associated with diabetes in the U.S alone for 2017 was $327 billion. It truly is a staggering problem and all so preventable if people were equipped with the right tools.